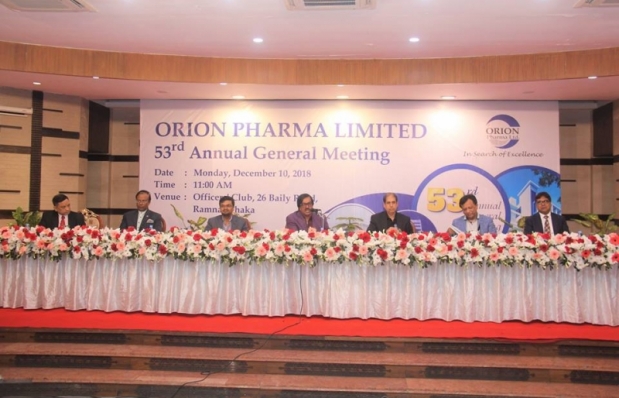 Orion Pharma Ltd., one of the top pharmaceuticals in Bangladesh has announced 15 percent cash dividend for the year ended on June 30, 2018. Orion Infusion Ltd., a sister concern of ORION approved a cash dividend of 14 percent on the same day at its 35th AGM. Kohinoor Chemical Co. (BD) Ltd. announced 20 percent bonus and 10 percent cash dividend on its 31st AGM. The Audited Financial Statements for the year ended on June 30, 2018 were discussed and approved. The overall performance of the year was also considered as a topic.